Glory's coin-operated lockers meet the needs of the increasing numbers of inbound tourists and the continued growth of online shopping. 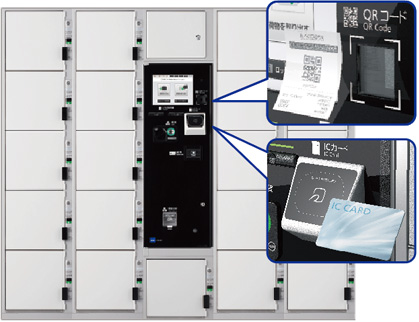 Glory was the first company in the industry to develop a keyless locker that generates and reads QR codes. When users store their baggage in a locker, they get a receipt with a printed QR code. This is their locker key, which they swipe over the QR code reader to open the locker. An IC card can also be used to do everything from paying for the service to opening the locker door. Because users have either a QR code receipt or an IC card to open the locker, they needn’t worry about walking around with—or losing—a key. This also eliminates the need for personnel to deal with replacing lost keys, exchanging keys, and handling cash. 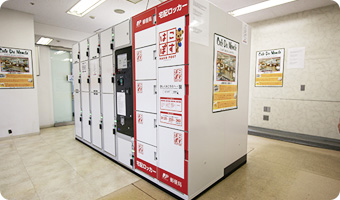 In Japan, the increase in online shopping is creating a serious shortage of employees for delivery companies. Glory helps solve this problem with the development of a locker specifically for receiving delivered packages. These lockers have been installed in a wide range of locations, including train stations and supermarkets. Online shoppers can pick up their goods anytime, without having to worry about what time the goods will be delivered to their homes or office. Delivery companies enjoy greater efficiency since there is no need to return when customers are not at the delivery address. 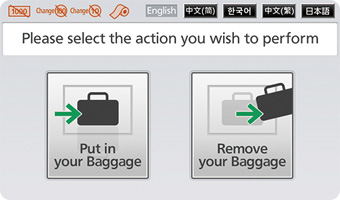 The locker’s guidance screen is available in five languages

A record number of foreign tourists—28,690,000—visited Japan in 2017. And more are expected to visit in the run-up to the 2020 Olympic and Paralympic Games in Tokyo. Glory's terminal lockers offer service in Japanese, English, Korean, simplified Chinese, and traditional Chinese. Other services that contribute to stress-free locker use include the ability to check the availability of lockers online via a cloud server.

Case 4 Effective Use of Limited Space

In February 2018, Glory developed control software that can be installed in baggage storage lockers already placed in train stations so they can also be used for receiving deliveries. This means people can use the lockers to either store their baggage or to pick up delivered packages. The result is greater convenience for locker users and greater operational efficiency for the train stations installing these lockers. 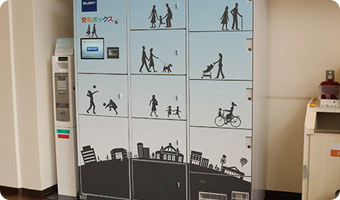 Refrigerated lockers for receiving and storing fresh foods, installed in a company

Lockers represent one way that companies are providing benefits to their employees. With Glory's refrigerated lockers for receiving and storing fresh foods, company employees can order groceries online that are delivered and stored at their place of work. To open the lockers, they simply input the password sent by the online retailer. This lets people use their time after work more effectively since they no longer need to go grocery shopping on the way home. 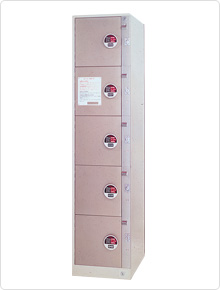 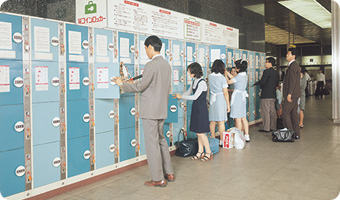 In 1970, a total of 531 Glory coin-operated lockers were installed in Osaka during Expo ’70: in Shin-Osaka Station, Osaka Station, and Ibaraki Station on the Japanese National Railways (now JR). Compared to baggage check-in counters, they offered smoother drop-off and pick-up of baggage, helping to alleviate crowding among tourists. This provided a need for the further rollout of coin-operated lockers, as installations spread nationwide in locations such as train stations, airports, golf clubs, and amusement parks. 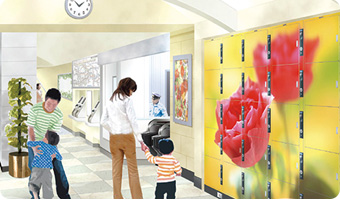 Lockers adorned with a tulip pattern

Excellence in Safety, Convenience, and Design

Throughout the 1990s, Glory continued to develop lockers that met the changing requirements of the times. The company sought to improve security and coin identification accuracy by equipping coin-operated lockers with electronic locking systems that better prevent theft, and coin-sorting functions that use electronic sensors. Convenience was further improved by widening locker openings to make baggage insertion and removal easier, and adopting time-usage-based fee systems. Glory also developed products with patterns on the doors to help lockers match their surroundings and improve the aesthetics. 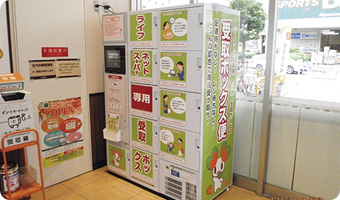 As a coin-operated locker pioneer, Glory has for over 50 years been pursuing convenience for customers and improvements in function and quality. There are currently more than 20,000 Glory lockers in the field, providing services for users in all types of locations including train stations, airports, leisure facilities, supermarkets, and more. Whether it’s lockers for receiving deliveries to meet the demand of online shopping, Glory continues to meet newly emerging needs by developing products that offer a wealth of services to match the diverse lifestyles of customers.