With changing times come changing needs to which GLORY has continued to respond with products offering ever-expanding possibilities.

The post-war reconstruction of Japan and its economic recovery proceeded at a pace that startled the world. By 1955, Japan's GNP had already surpassed pre-war levels, and in 1956 a government economic white paper proclaimed the end of the post-war era—a phrase that struck a chord with the Japanese people.

The Curtain Opens on GLORY-Made Products

Japan was in the midst of a shipbuilding boom in 1949, and GLORY* was subcontracted to manufacture ship parts. Although the company's factory was operating at full capacity, orders ended up falling drastically. It was at that time that GLORY was approached by the Mint Bureau (known today as the Japan Mint) about making a coin counter. GLORY's then president, Jusaku Onoe, had always believed that the company should break out of its limited role as a manufacturing subcontractor and develop its own products. He saw this as the perfect opportunity to realize this dream. After much trial and error, GLORY successfully built Japan's first coin counter in 1950 and delivered it to the Mint Bureau.

* Before 1971, GLORY LTD. was known as Kokuei Machinery Manufacturing. 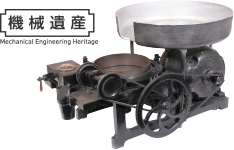 GLORY developed the first coin counter made in Japan. The product has been recognized as a historically significant product, owing to its contribution to saving labor and boosting reliability in the field of cash handling.

The period from the early 1960s to the early 1970s saw a string of major events in Japan that symbolized the country's transition to a major economic power, including the 1964 Tokyo Olympics, the inauguration of the Tokaido Shinkansen bullet train, and Expo '70 in Osaka. The standard of living was rising, and Japanese people began to think of themselves as middle class. However, the oil crisis in 1973 marked the end of this phase of Japan's unprecedented economic growth.

Period of Growth and Development

From Single-Function Machines to Multifunction Solutions

During what was hailed as Japan's period of rapid economic growth, GLORY was also growing. In the 1960s, the company developed products such as coin wrappers and coin sorters. It also began development of banknote handling machines, as it built on its foundation as a comprehensive manufacturer of money handling machines. The development of other products such as coin wrappers and banknote counters for export marked the beginning of a new business path to overseas markets.

In the 1970s, GLORY made the transition from single-function machines to multifunction solutions, in the process contributing to automation and labor savings for companies in the financial and distribution industries. It anticipated customer needs with a succession of products including cash deposit and withdrawal control systems and multifunctional banknote changers. These state-of-the-art developments allowed GLORY to achieve steady progress even in the midst of the post-oil-crisis recession.

The mid-1980s to the early 1990s saw Japan go on a high-profile worldwide spending spree that put it in the global spotlight, for better or worse. After the collapse of Japan's bubble economy in 1991, Japan went through a long period of economic stagnation called "the lost decade" or worse, "the lost 20 years." This was also when the Cold War was coming to an end and the world was undergoing economic globalization against the background of the birth of the EU and rapid advances in transportation and IT.

GLORY was expanding business and building up its technologies. Starting with coin counters, the company developed numerous products in the coin and banknote handling field. In 1986, GLORY became the first in the industry to develop a teller machine, the open teller system, for sales offices in financial institutions. GLORY went on to develop other products that met the needs of financial institutions, which diversified in response to a changing society and to requests for improved efficiency in work processes and use of capital. In 1992, GLORY targeted the distribution market with the release of the industry's first coin and banknote recycler, which automatically gave coin change during cash transactions. This product proved to be a huge hit, thanks to its ability to dramatically improve the efficiency of cashier payment transactions.

In addition, GLORY's recognition/identification technologies—core technologies built up through the development of money handling machines—evolved to the point where they could identify things like personal seals and handwriting. This opened up further business opportunities.

At the start of the 21st century, Japan entered an era of falling birthrates and an aging population. This brought the country face to face with problems such as inequality and labor shortages caused by a decreasing work-age population. Amid the spread of the Internet, ongoing globalization, and dizzying changes in the state of the world, it was called into question how people and organizations should make their presence felt while respecting a diversifying range of values.

Japanese Technology for the World

The GLORY Group currently conducts direct sales and maintenance in more than 20 countries, and GLORY products are at work in more than 100 countries. Banknote recyclers for tellers are being marketed to financial institutions around the world. These machines deliver a range of benefits: security is enhanced by having cash stored in a safe; counterfeit detection is improved through sophisticated currency authentication; and cash management processes are optimized. Not only do banknote recyclers for tellers speed up customer transactions, they also reduce the number of intra-day vault buy and sells. Furthermore, they reduce the time taken to balance a branch's cash holdings at the start and end of the day. All this means that banks can optimize their costs and offer their customers a better experience.

For emerging economies where large numbers of banknotes are in circulation, GLORY has developed products such as a banknote sorting machine that effectively assesses the authenticity and quality of cash and that also records serial numbers. These and other products improve the reliability of currency and make for accurate management of banknotes in circulation.

GLORY will continue to advance its core technologies in order to contribute to the security of the world's currencies as well as to the continuing betterment of society.